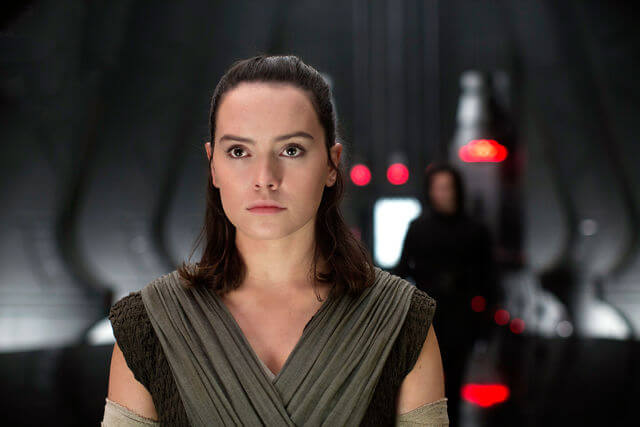 Both plot and action-heavy, this stands as a deceptively solid middle film of the new trilogy.

“Let the past die. Kill it, if you have to. That's the only way to become what you are meant to be.”

As a Star Wars movie, The Last Jedi appears to be a satisfying entry—longest runtime in the series (i.e. suggests something truly epic), rave reviews for the film being bold enough to chart a different course under Rian Johnson (yes, he single-handedly wrote the screenplay), and almost end-to-end battles amid some mythologizing and emotionally-tinged moments that will give fans the goosebumps. All these should work, and then some, but somehow the film feels like a deception—it appears to be better than it is. Quite the irony that the idea of deception also figures prominently in the movie, if to great effect.

The Last Jedi is built to be a cinematic experience (in IMAX 3D, it is truly spectacular), and certainly there are no compromises in the technical craftwork on display here. But from a plotting point-of-view, it is full of misgivings, some unforgivable, some inconceivable. I find it hard to enjoy a film that doesn’t quite raise any stakes narratively (it merely does so through the time-tested, time-ticking technique of parallel editing), where anything can happen. This is not a case of unpredictability, which is the very foundation of great storytelling, but of sheer predictability by means of the film’s reliance on one too many last-minute interventions.

The only risk-taking the film offers is Johnson’s off-the-beaten-track take on a Star Wars movie, effectively opening new paths to (continue) to tell what feels like a cyclical saga of light versus dark, and of generational lineage. His intention is laudable, but the process to which the characters (good or evil) are manipulated to achieve his vision is questionable. Johnson has a clear sight of the big picture, but he makes problematic decisions with plotting and character motivations. One of the new trilogy’s most fascinating characters, Supreme Leader Snoke (Andy Serkis), developed so frighteningly in The Force Awakens (2015), doesn’t have enough time to live up to his potential—what then is his story?

The Last Jedi also feels overdrawn—a tedious 20-minute plus mid-sequence involving a trip by two supporting characters to find someone who could break an important code so that the movie could move forward should have been cut or reimagined in a less superfluous light. I think there’s something fundamentally not right with Johnson’s screenplay in relation to how things develop and play out—they either don’t make sense or feel conspicuously odd. Fans who try to rationalise the film’s greatness are somewhat missing the point that The Last Jedi may have confused plausibility with possibility.

Star Wars: The Last Jedi opens in cinemas on 14 December. Click below to secure your seats instantly right here at Popcorn.