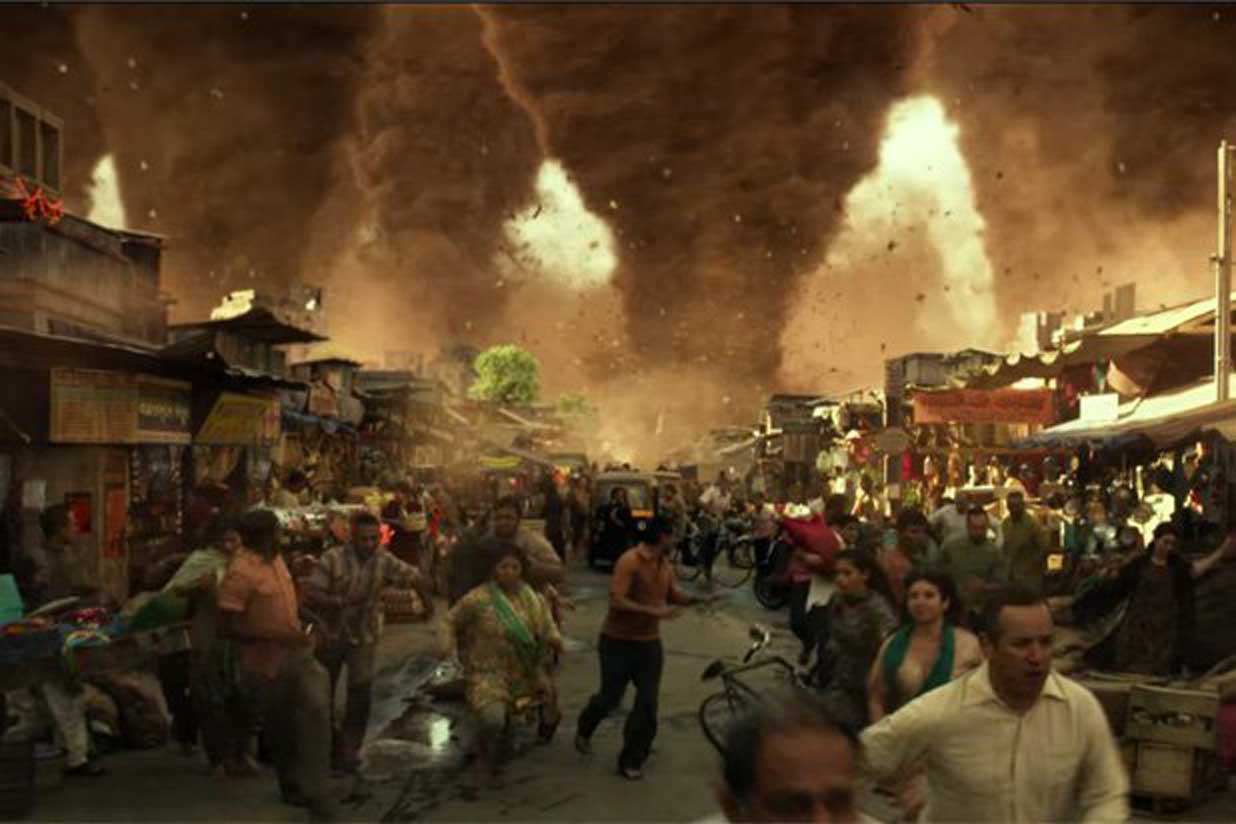 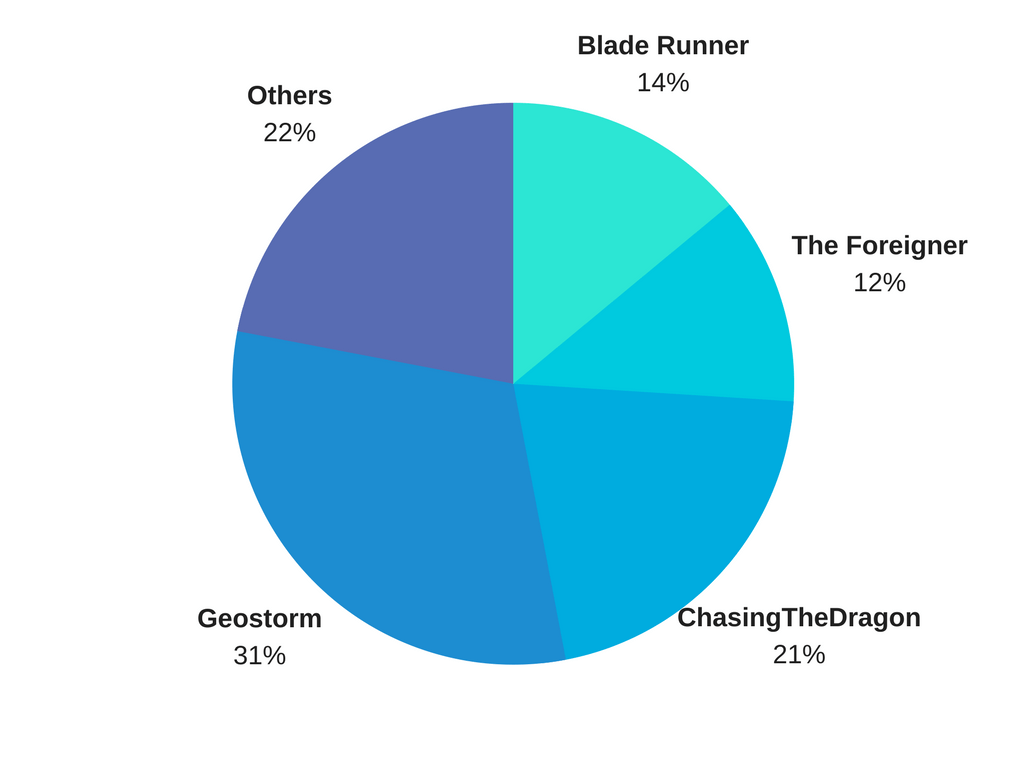 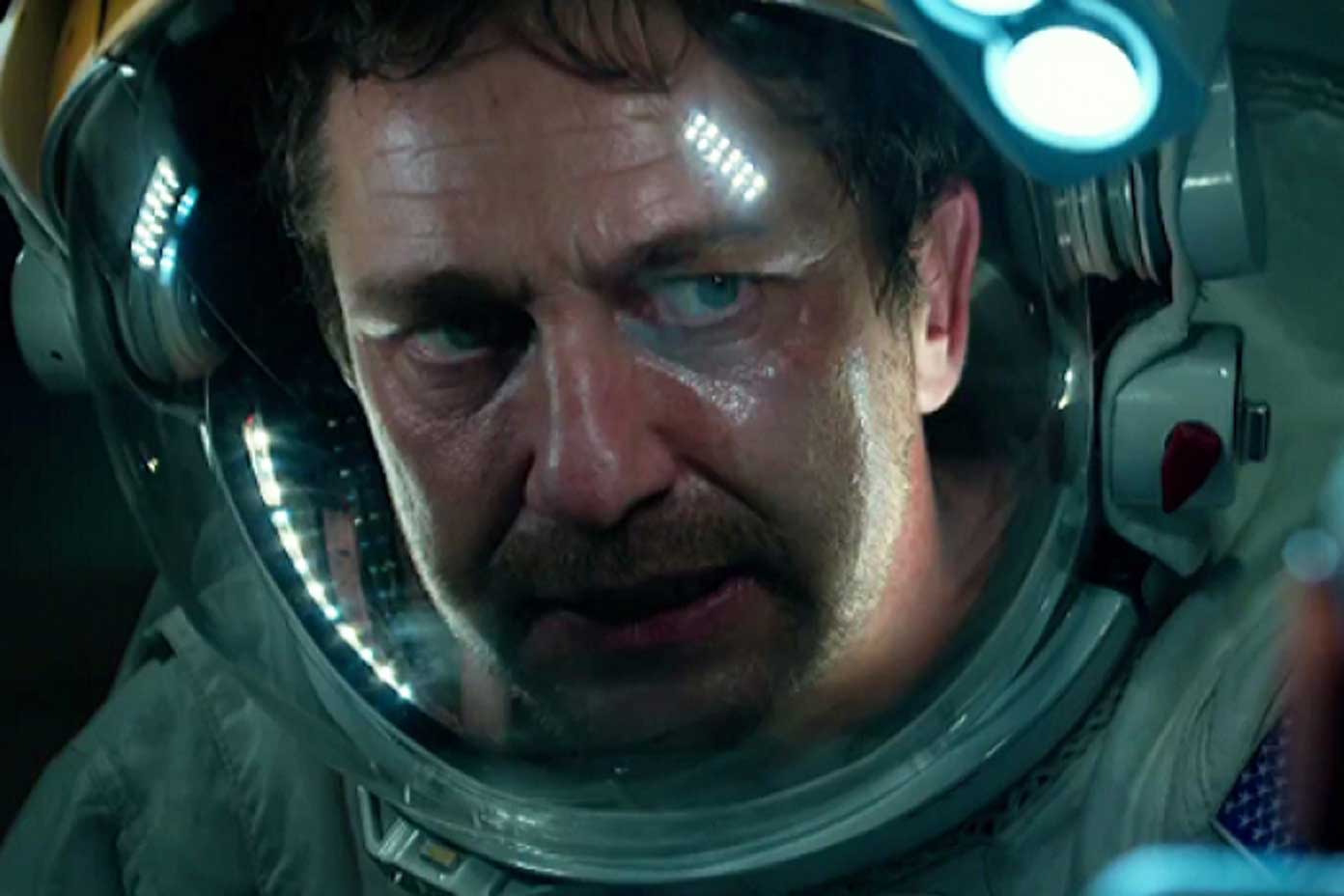 Hong Kong’s finest were no match for Geostorm this week, as the sci-fi disaster movie swept the box office competition with $. This comes as a small reversal of fortune for star Gerard Butler, whose previous foray outside action roles yielded the disastrous drama A Family Man, a film which didn’t even chart in the top 10 during its opening week. 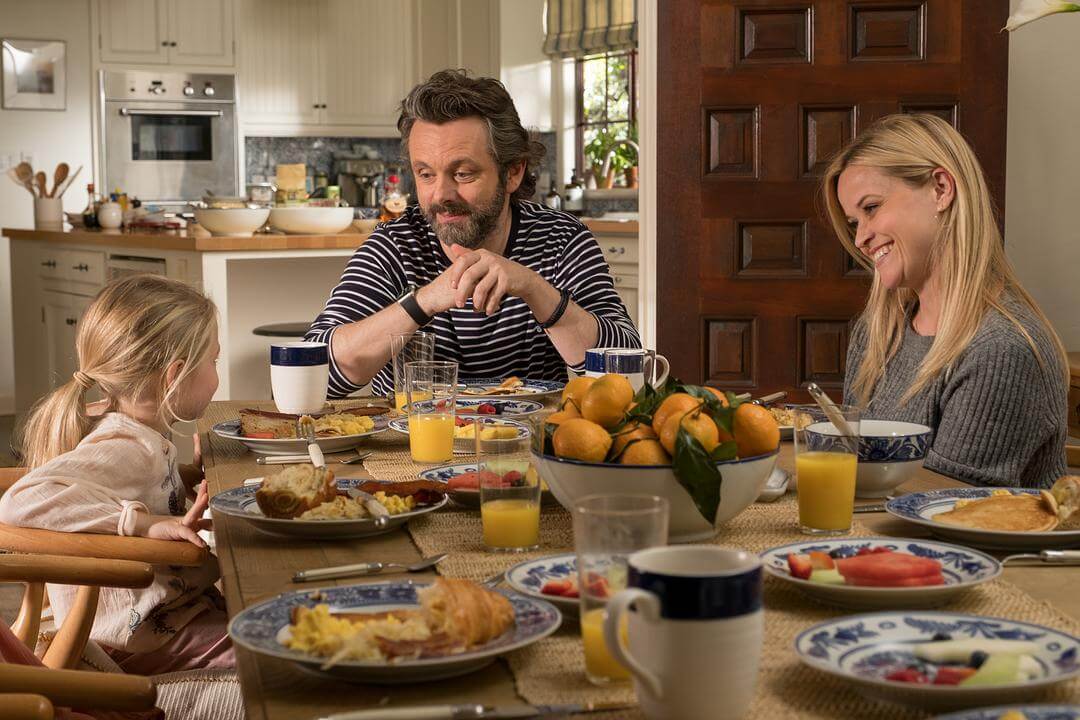 Reese Witherspoon couldn’t quite live up to her title of “Hollywood’s New Queen” as Home Again (29% Rotten, 41 Metascore) bombed at the box office. With $ and making up just % of ticket sales, the romcom veteran with hits such as Legally Blonde, Just Like Heaven and Sweet Home Alabama has seen better days. 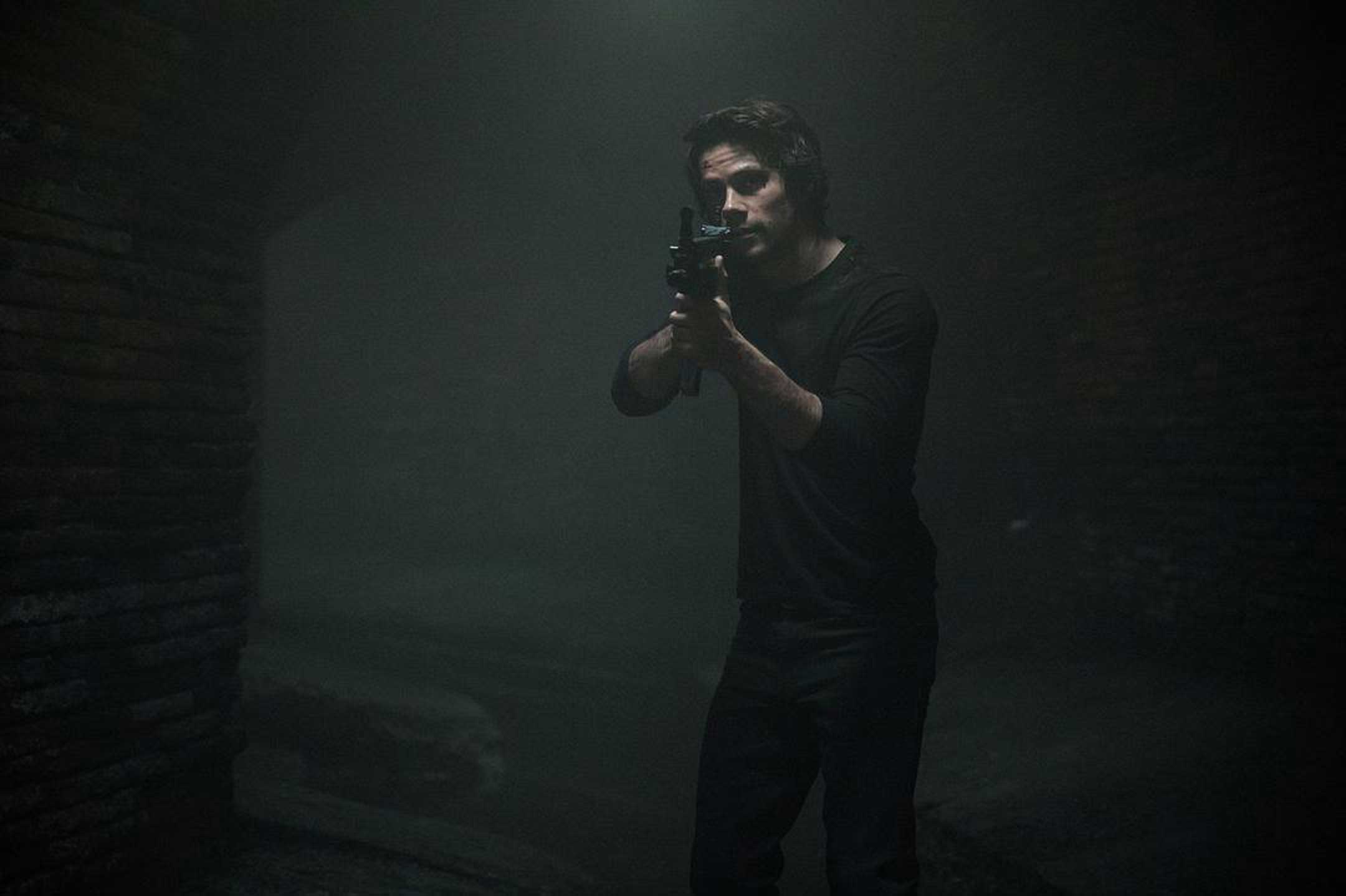 Based on the 2010 novel of the same name, American Assassin (34% Rotten, 45 Metascore) stars Maze Runner’s Dylan O’Brien as a young CIA black ops recruit who must stop the detonation of a rogue nuclear weapon. Backed by Academy Award-winning actor Michael Keaton, we expect this spy thriller to stand out in a crowded field.

A Tale Of Two Horrors 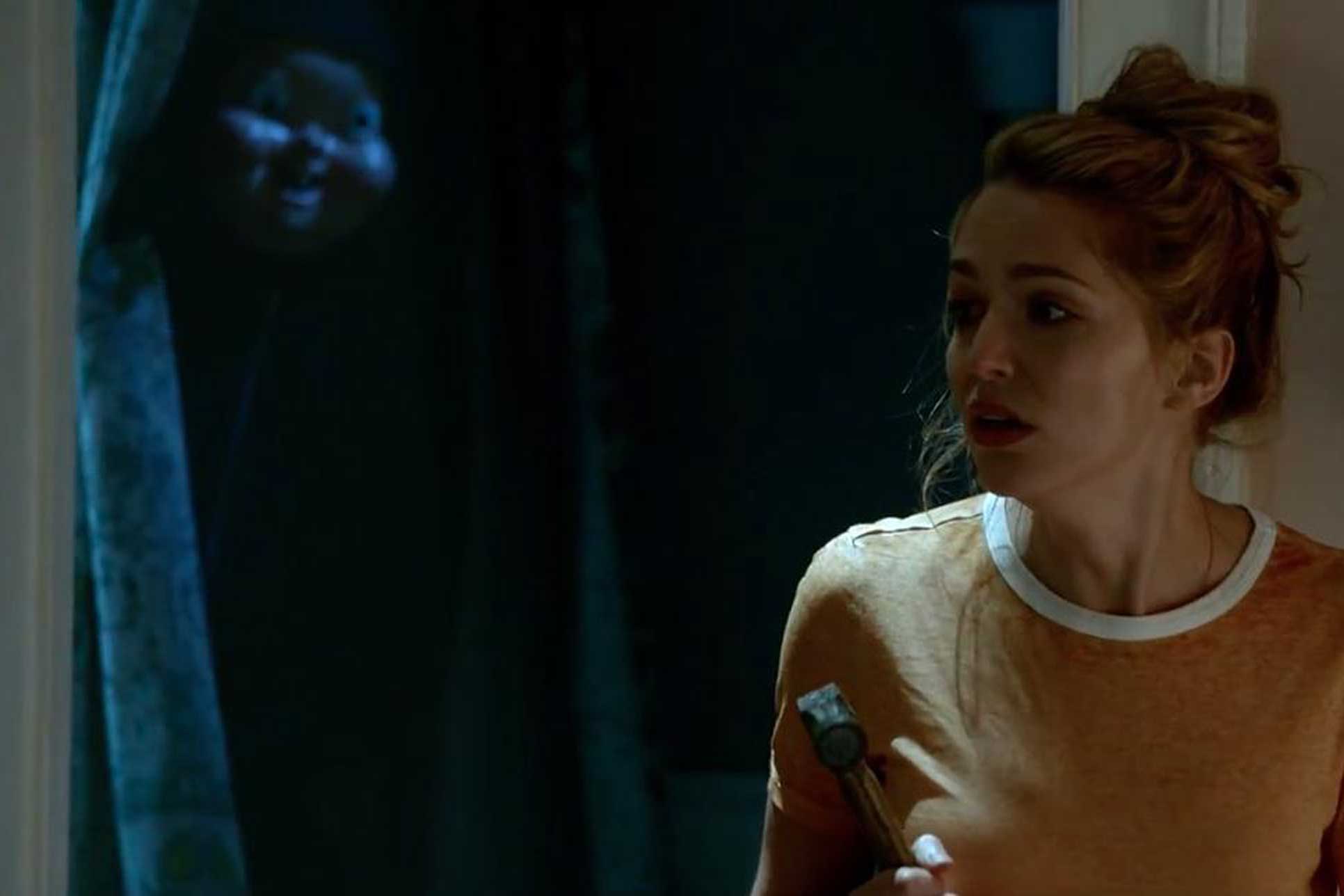 Solid reviews have catapulted indie slasher flick Happy Death Day (64% Fresh, 57 Metascore) to the top of the US box office, and with Halloween just around the corner, we expect strong interest from audiences here as well. Flatliners (4% Rotten, 27 Metascore), on the other hand, is expected to be dead on arrival. 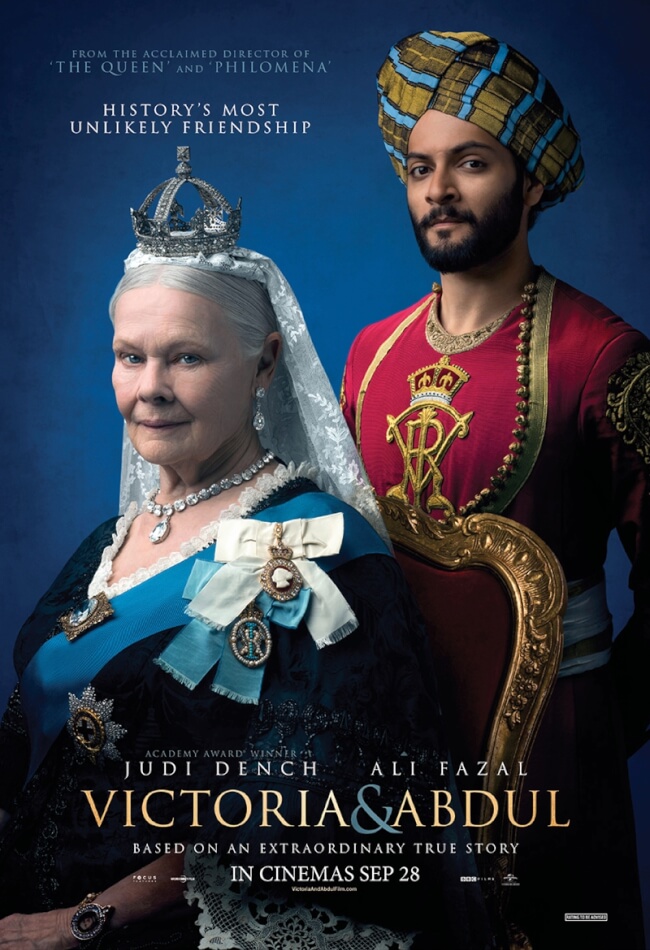 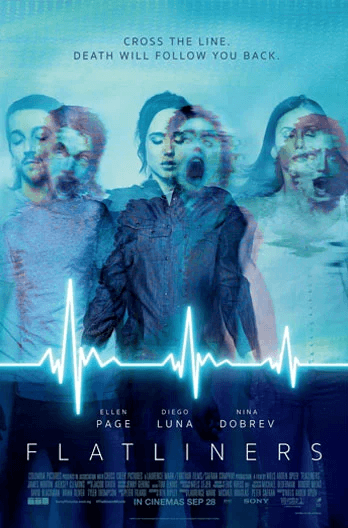 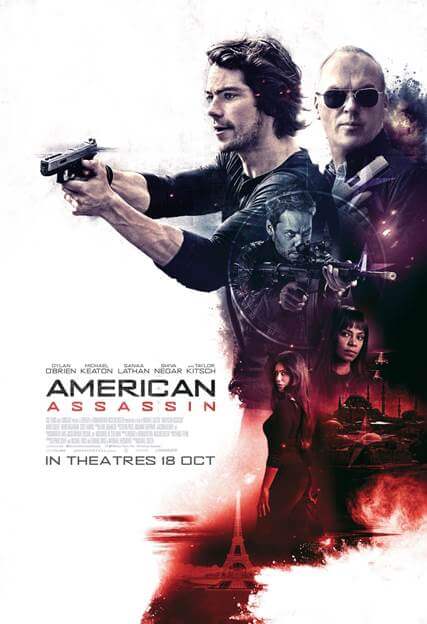 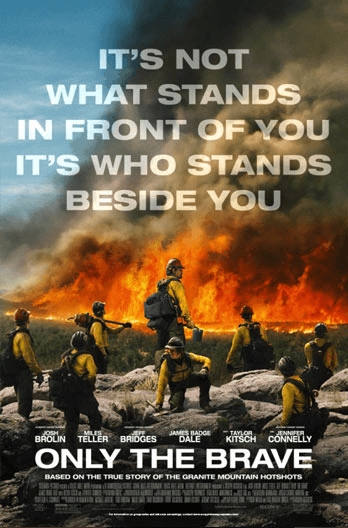 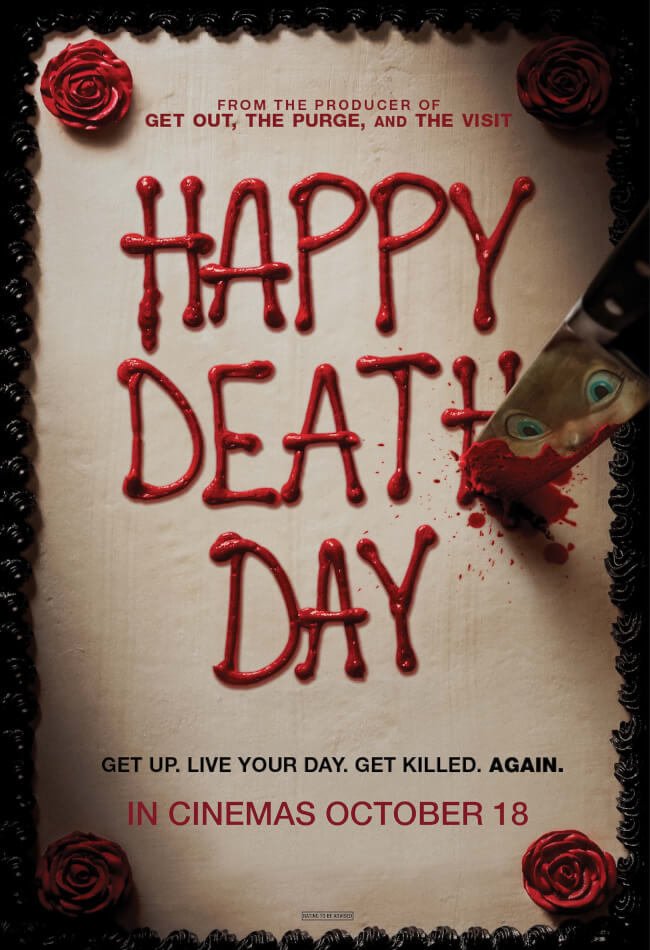 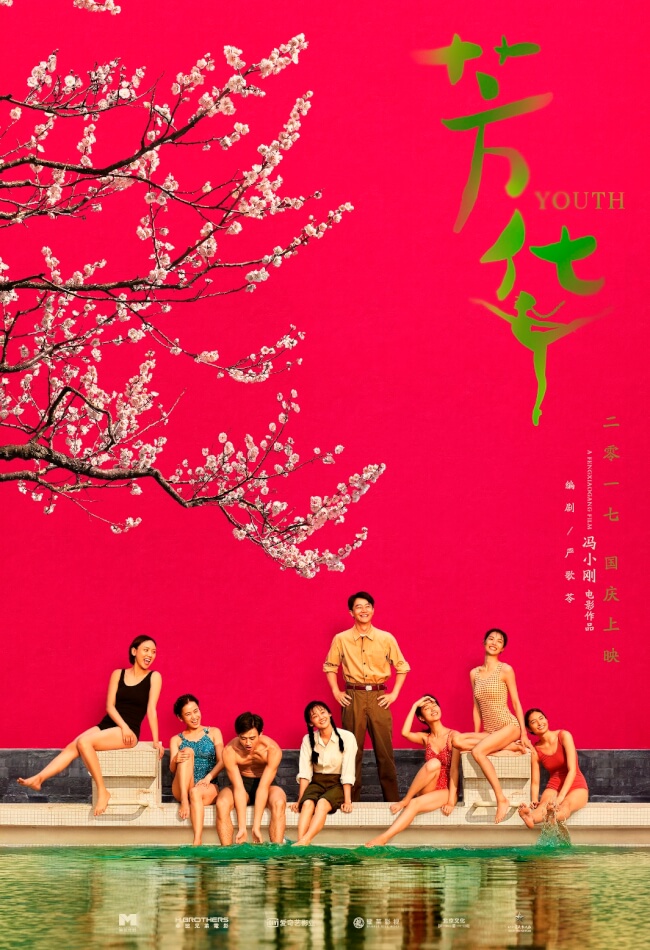 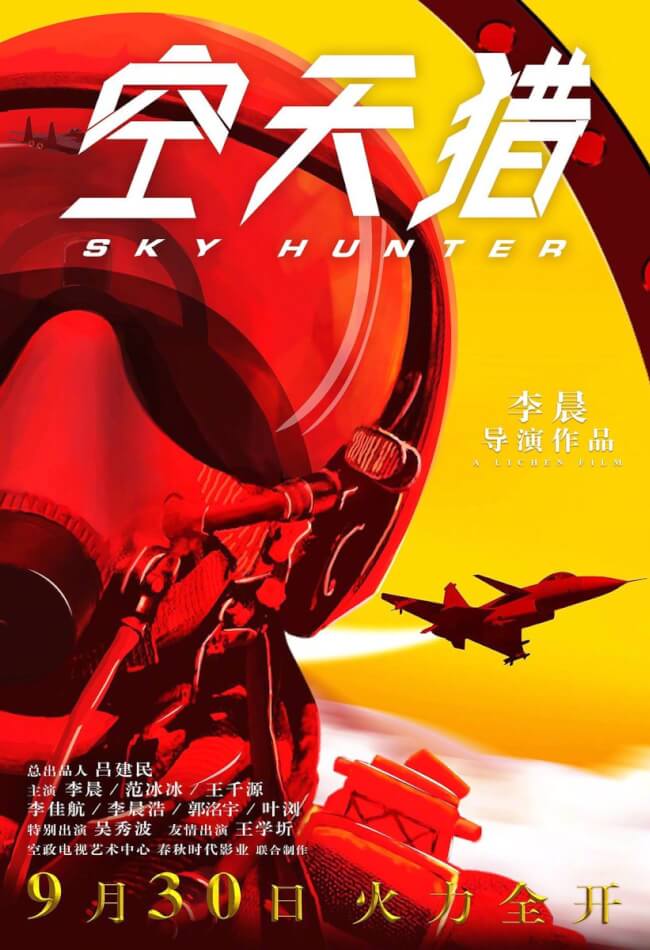 Gerard Butler Storms In With Geostorm Teaser {Trailer]
[CLOSED] Win Complimentary Passes To 'A Family Man'
The Hitlist: October 2017
We’re All Living In 2017 But This Movie In 3017