The Biggest, Non-Superhero Blockbusters Of 2018 You Should Be Excited For 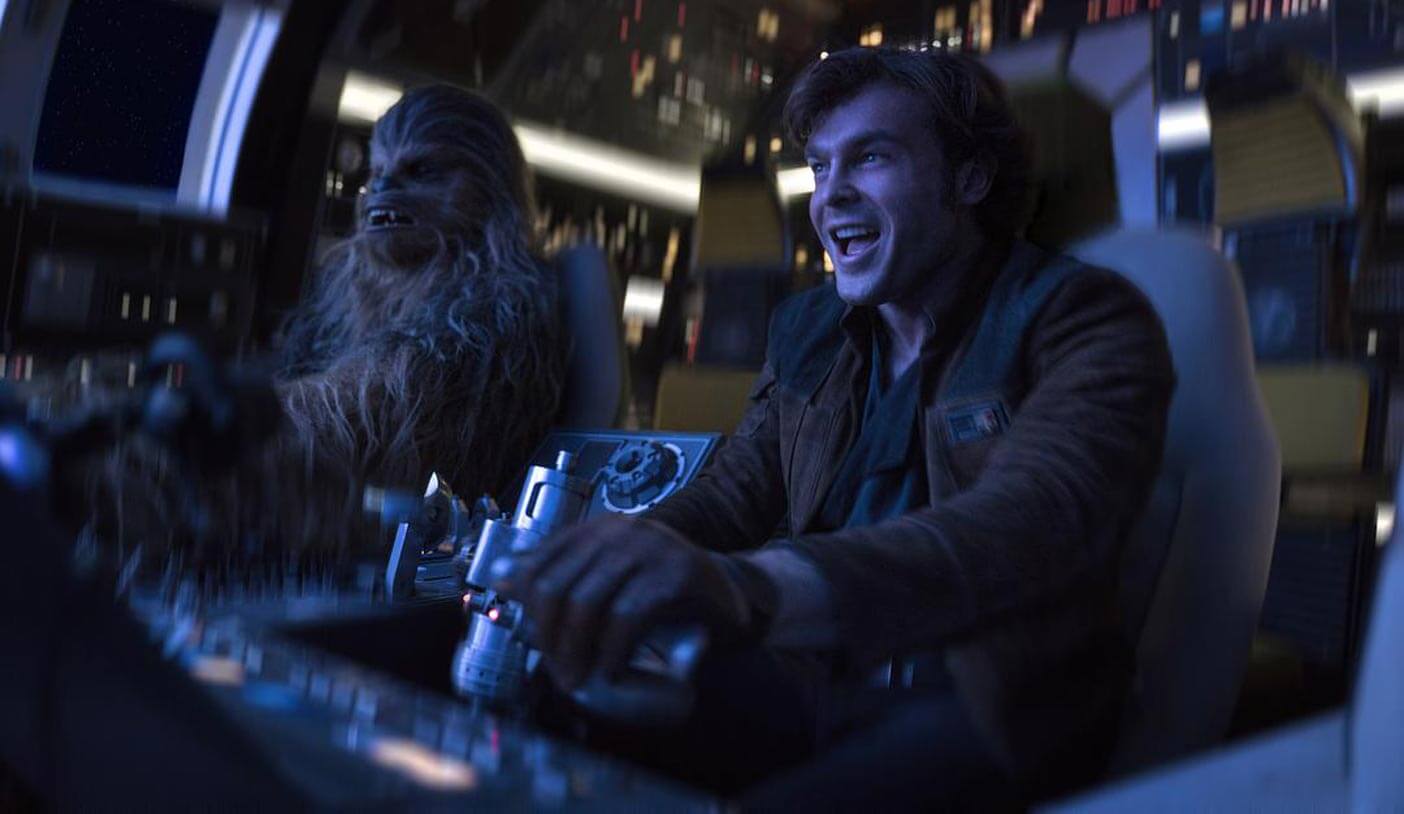 Strap yourselves in and get ready to feel the Gs because you're in for one hell of a ride at the movies! From big robots to even bigger monsters, here's a look at this year's most-anticipated, non-superhero blockbusters that will be coming to a theatre near you.

Lara Croft is the fiercely independent daughter of an eccentric adventurer who vanished when she was scarcely a teen. Going explicitly against his final wishes, she leaves everything she knows behind in search of her dad’s last-known destination: a fabled tomb on a mythical island that might be somewhere off the coast of Japan. Armed with only her sharp mind, blind faith and inherently stubborn spirit, she must learn to push herself beyond her limits as she journeys into the unknown.

Jake Pentecost is a once-promising Jaeger pilot whose legendary father gave his life to secure humanity's victory against the monstrous Kaiju. Jake has since abandoned his training only to become caught up in a criminal underworld. But when an even more unstoppable threat is unleashed to tear through cities and bring the world to its knees, Jake is given one last chance by his estranged sister, Mako Mori, to live up to his father's legacy.

In the near future, gamers compete inside a massive video game universe to find an "Easter egg" hidden by the network's recently deceased creator which promises real life riches. Wade Watts becomes the first player to successfully navigate the first level of the test, sparking a high-stakes international race to crack the game's code.

Primatologist Davis Okoye shares an unshakable bond with George, an extraordinarily intelligent, silverback gorilla that's been in his care since birth. When a rogue genetic experiment goes wrong, it causes George, a wolf and a reptile to grow to a monstrous size. As the mutated beasts embark on a path of destruction, Okoye teams up with a discredited genetic engineer and the military to secure an antidote and prevent a global catastrophe.

Through a series of daring escapades deep within a dark and dangerous criminal underworld, Han Solo meets his mighty future copilot Chewbacca and encounters the notorious gambler Lando Calrissian, in a journey that will set the course of one of the Star Wars saga’s most unlikely heroes.

Four years after the destruction of the Jurassic World theme park, Owen Grady and Claire Dearing return to the island of Isla Nublar to save the remaining dinosaurs from a volcano that's about to erupt. They soon encounter terrifying new breeds of gigantic dinos while uncovering a conspiracy that threatens the entire planet.

When an IMF mission ends badly, the world is faced with dire consequences. As Ethan Hunt takes it upon himself to fulfill his original briefing, the CIA begin to question his loyalty and his motives. Hunt finds himself in a race against time, hunted by assassins and former allies while trying to prevent a global catastrophe.

Fantastic Beasts: The Crimes of Grindelwald

The powerful dark wizard Gellert Grindelwald escapes custody and has set about gathering followers, most unsuspecting of his true agenda: to raise pure-blood wizards up to rule over all non-magical beings. In an effort to thwart Grindelwald’s plans, Albus Dumbledore enlists his former student Newt Scamander, who agrees to help, unaware of the dangers that lie ahead. Lines are drawn as love and loyalty are tested, even among the truest friends and family, in an increasingly divided wizarding world.

A gritty take on the classic story, Robin Hood returns from fighting in the Crusades to find that Sherwood Forest is rife with corruption.

Millennia after much of the world was destroyed in a cataclysmic event, civilization has adapted a new way of living. Gigantic moving cities now roam the Earth, chasing and devouring smaller traction towns for resources. Tom Natsworthy, a low-class citizen of the moving city of London, finds himself fighting for survival after he encounters the fugitive Hester Shaw. Opposites stuck together, they must forge an unlikely alliance that could change the future.

Set several centuries in the future, the abandoned Alita is found in the scrapyard of Iron City by Ido, a compassionate cyber-doctor who takes the unconscious cyborg Alita to his clinic. When Alita awakens, she has no memory of who she is, nor does she have any recognition of the world she finds herself in. As Alita learns to navigate her new life and the treacherous streets of Iron City, Ido tries to shield her from her mysterious past.

On the run in the year 1987, Bumblebee the Autobot seeks refuge in a junkyard in a small California beach town. Charlie, on the brink of turning 18 years old and trying to find her place in the world, soon discovers the battle-scarred and broken Bumblebee. When Charlie revives him, she quickly learns that this is no ordinary yellow Volkswagen