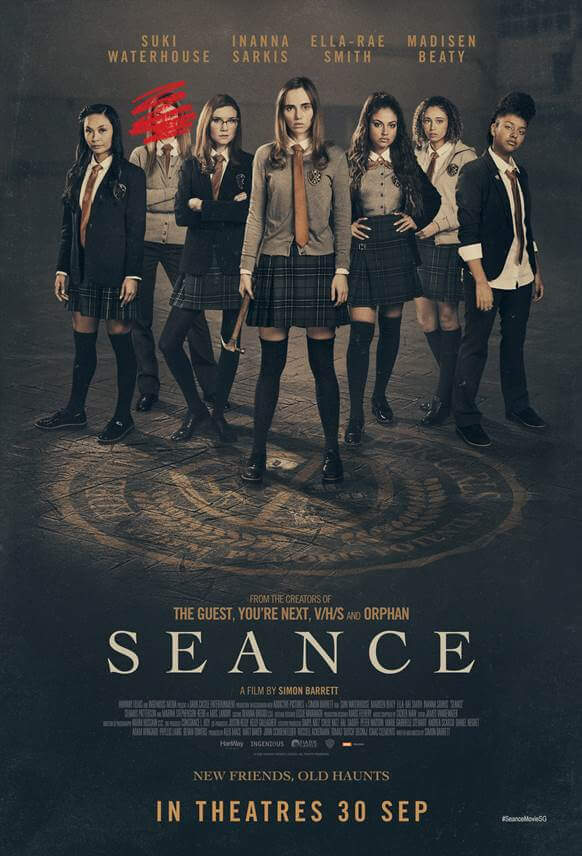 At the prestigious Edelvine Academy, an elite boarding school for girls, six friends jokingly engage in a late-night ritual, calling forth the spirit of a dead former student who reportedly haunts their halls. Before morning, one of the girls is dead, leaving the others wondering what they may have awakened. Soon after, a new transfer student Camille Meadows (Suki Waterhouse) arrives at the school and is assigned to the dorm room of the student who died.

Camille immediately finds herself at odds with the deceased girl’s friends, and a study lounge altercation lands them all in detention in the school’s ancient library. Within the library, the students engage in a seance, initially as a prank, but then in earnest when they receive messages warning them that the spirit they have conjured intends to kill them all.

At first, the warning isn’t taken seriously, but as the girls begin to disappear, those who remain scramble to uncover the mystery behind their supernatural curse.