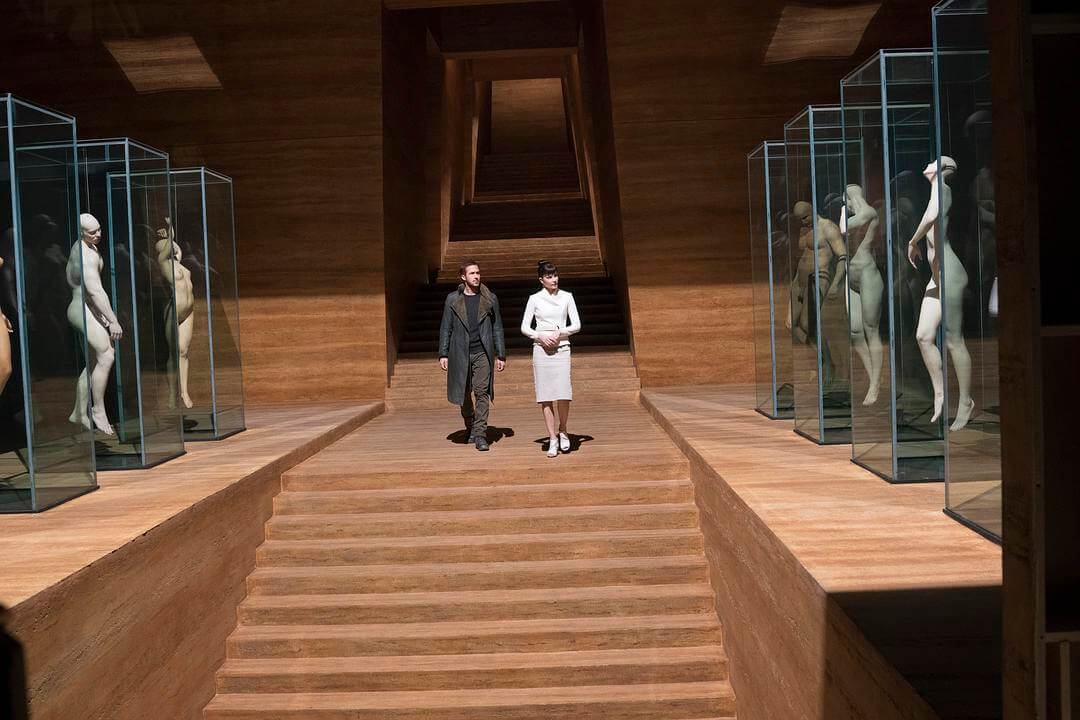 It doesn’t quite top the religious experience that is the 1982 film, but Denis Villeneuve and DP Roger Deakins have created a visually and thematically expansive arthouse blockbuster that deepens the mythology of its universe.

1982’s Blade Runner was one of the formative films that sparked my love for cinema 12 years ago. Such is its impact on my life that I regard it as a religious artefact, the kind of film whose philosophy one could forever glean from, telling us all that is about the world—our fears and desires acutely transplanted into an alternative dystopian universe.

Every viewing promises something profound, and Vangelis’ score—my word, the sounds emanating from the Zeus of electronic music—is transcendental. It is with this reverence for Ridley Scott’s sci-fi masterpiece that I tread, with some trepidation, onto the waters of this new sequel.

Blade Runner 2049 is lensed by Roger Deakins, who MUST win his first Oscar for Best Cinematography (after lucking out 13 times in his career), and directed by Denis Villeneuve, one of the most exciting filmmakers working today, and whom judging by his recent slate of works, including Prisoners (2013) and Arrival (2016), two of the finest films of their respective years, is surely on the stairway to Hollywood heaven, where such luminaries as Steven Spielberg and Christopher Nolan exist.

Ryan Gosling stars as K, a blade runner whose task is to ‘retire’ old, rebellious replicants. With a runtime of nearly three hours, you would expect K to make discoveries that would question the nature of the world he is operating in, and his very own existence. Deliberately-paced unlike that of your usual blockbuster, and offering meditations on spaces disguised as world-building, Villeneuve’s film will bore the crap out of mainstream audiences looking for a shoot-‘em-up thriller.

It is better appreciated as an arthouse sci-fi drama (that just happens to look like a Hollywood film because well… big budget with stars) with mythological underpinnings, asking us to ponder—if not question—the beliefs that we hold true, with memory and experience fundamental to how we make sense of reality.

Perhaps the incongruous part—though that is not necessarily a bad thing—about Blade Runner 2049 is how unlike its predecessor it is in terms of visual style. The sequel is more visually expansive, with a wider range of colour palettes and environments (hence the meditations on spaces), which in its own strange way, congruent with the encompassing thematic ideas that embody these spaces (e.g. Jared Leto’s lair, Harrison Ford’s orange wasteland etc.).

Watching Blade Runner 2049 is like plugging yourself into the Matrix, your eyes ever-widening as you inhale the narcotics of grand illusions—or delusions; it asks the question: what do we envisage? In contrast, the 1982 film could be Zion, aesthetically-contained in all of its grime and where the battle of wits is fought on the foundation of ambiguity—what is, and who is?

Blade Runner 2049 opens in cinemas on 5 October. Click below to secure your seats instantly right here at Popcorn.